Using reference book indices as inspiration, the goal here was to take an existing image (mine was Ferdinand Hodler’s “Auszug der deutschen Studenten in den Freiheitskrieg von 1813,” shown below) and create an index of it.

My thought process was basically, “Indexes…words…reference points…programming…yes!” I actually giggled as I typed the whole thing. It went over quite well, and I got multiple suggestions to create a series of programming-as-art. I may just do that, and I’ll update this space if that concept comes to light.

The final CSS—as it were—is a blend of real code, real-looking code, and obviously fake code. In creating this, I imagined the image as a website, and the different parts as elements to be styled. 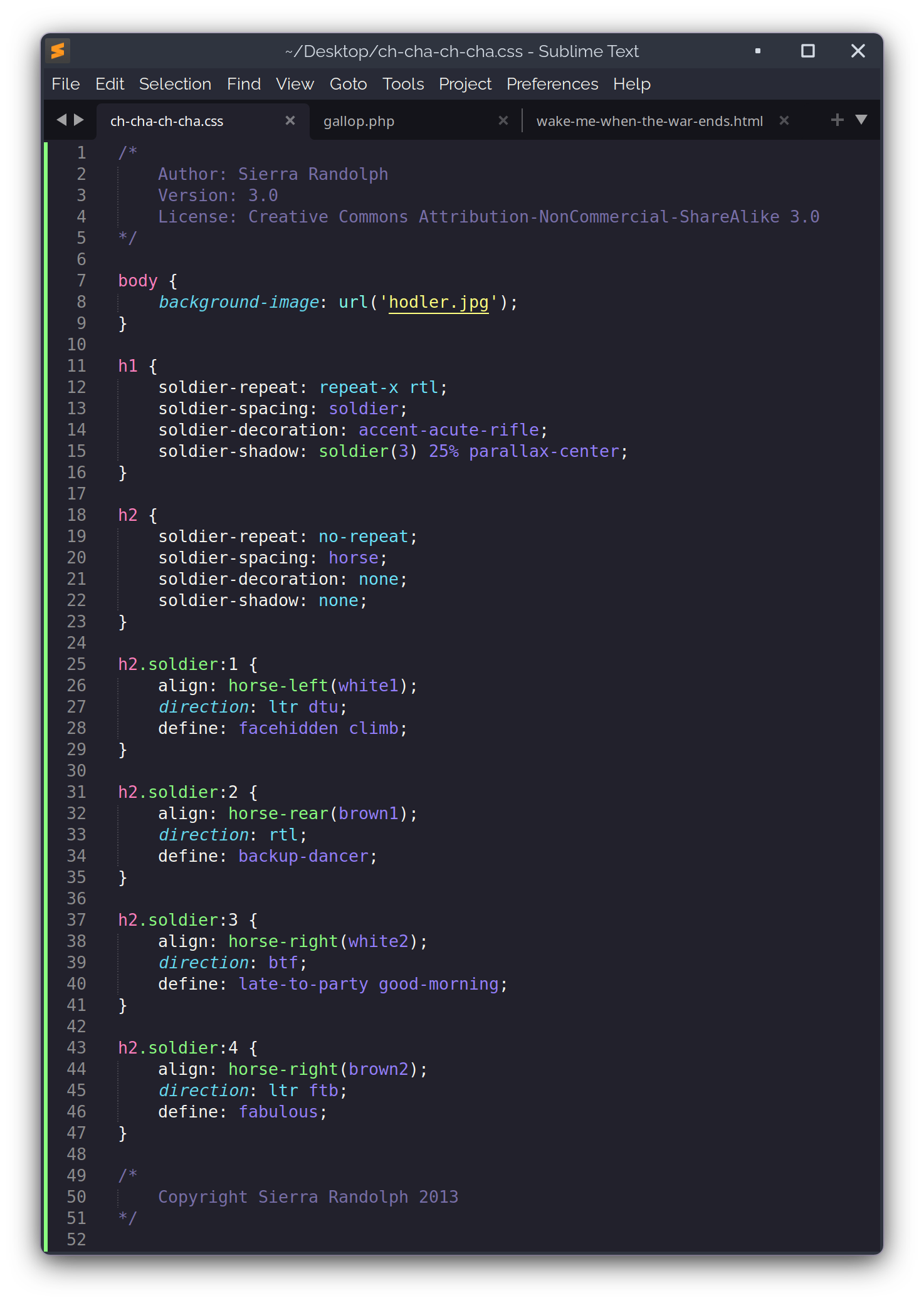 Yes, the window screenshot is the final piece. Originally, the 1.0 version was made in Windows 7 at a fairly low resolution. The spacing was a bit cramped, and the legibility wasn’t quite there. The 2.0 version, made on December 20, 2018, utilizes Windows 10 at a high resolution to avoid stitching screenshots together. The spacing is improved, as is the legibility. 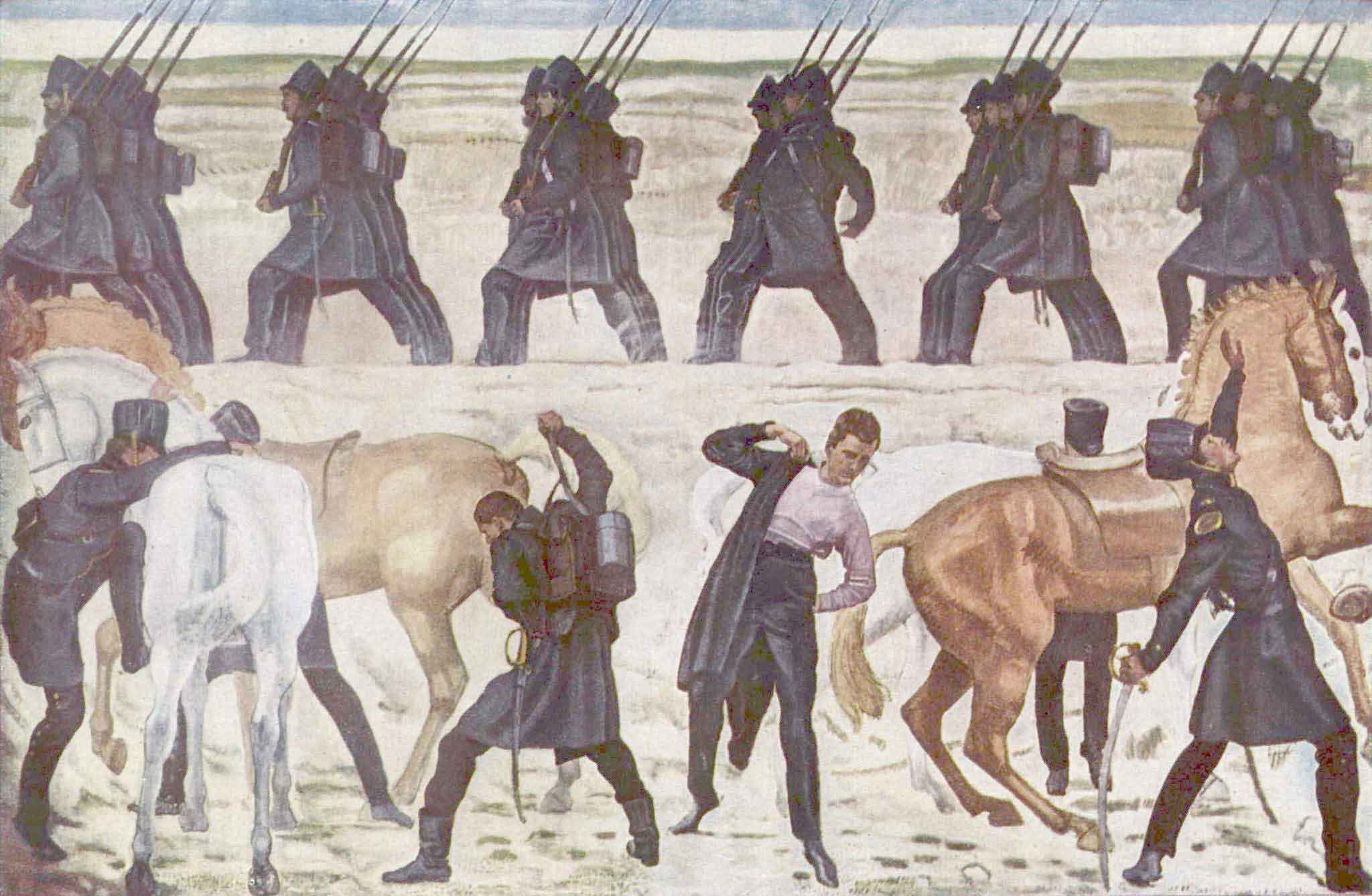