The aim of this project was to teach something using an animated GIF consisting of 15 frames at maximum (16 counting the title card). The point, of course, was to get the message across without any fluff. It was also an exercise in seeing just what exactly needed to be shown—the animation’s bare minimum.

The final animation itself. When deciding what to teach the viewer, I chose something that could be encapsulated in a single motion in order to emphasize calmness. It was also beneficial, as I was able to focus entirely on inbetweening and making the motion as fluid as possible given the frame limitation. 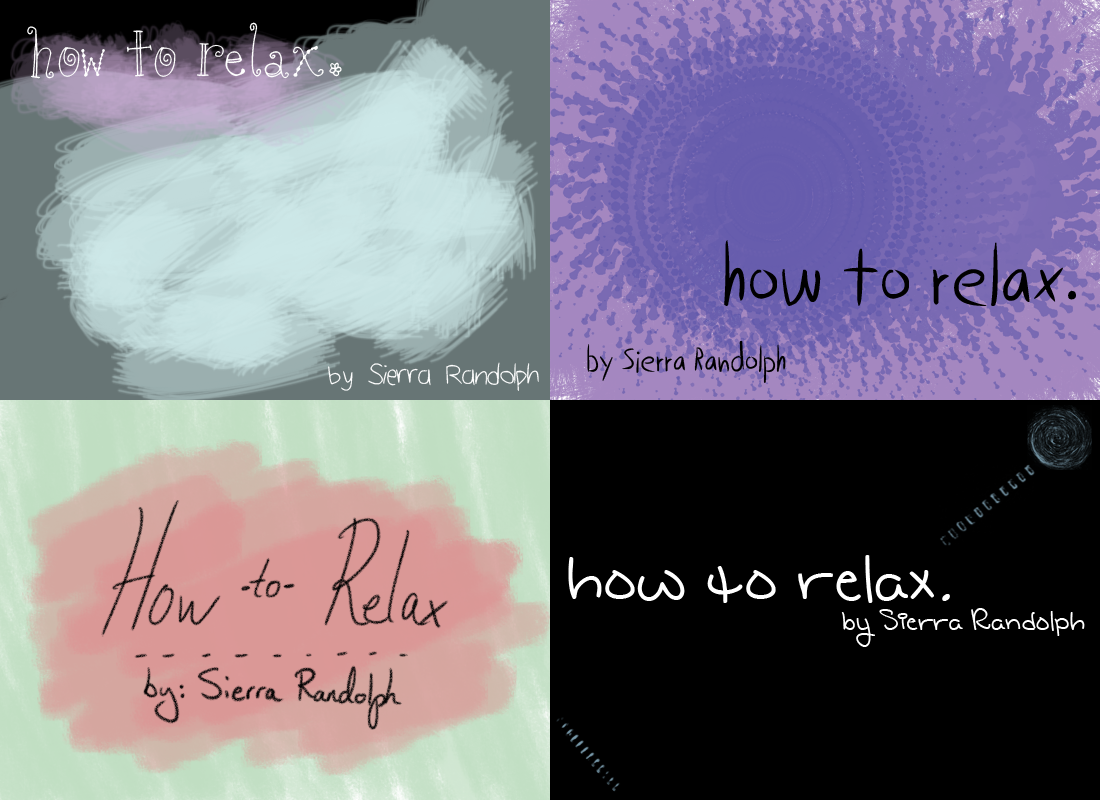 Some alternate title card concepts. I still like all of them, but none of them melded with the animation quite right. Moreover, the sharp change from still frame to fluid animation wouldn’t have worked as smoothly, so a more transitional title card was needed; hence, a transparent overlay style was used in the end.